Let's make 1 thing perfectly clear. Frank Fleming is a goddamn American hero. And Large is an international treasure. I'm eternally grateful for both of them being involved in Rough N' Rowdy year round and always rolling with punches, whether literal or not.

The 1st time we got Frank involved in RNR was walking by his desk about to shoot a promo with Billy Football for his fight against Jose Canseco, and casually asked Frank if he would throw on a dog collar and bark about steroids etc. He didn't hesitate for a second before saying, "Alright." ...and the rest was history...

And frankly Frank has been 1 of the most crucial elements for RNR promo over the past 2 years, mainly because he is simply a natural goddamn Showmen. I could go on and on about his accolades at these events... and actually I will... CUE THE FUCKING MUSIC!

Love you Frank. The 1st thing he said after we got him up onto a chair to rest was… "We gotta clip that shit."

So thank YOU for your service Frank The Tank and thanks to all who tuned in live to the RNR19 Weigh-Ins. It was a wild night in Providence and the best part is that whole clusterfuck is NOTHING compared to the chaos coming on Friday night.

We have 23 brawls with no headgear on the card along with 20+ ring girls coming for our live contest after the final bell hosted by Jerry Fragrance & Large. Should be a sellout in the arena. Should be an all-time night.

Order now on BuyRNR.com to watch with 48 hour replay and sit back for the most demented 3 hours of entertainment you'll see in 2022. Whole commentary team is back plus Ryan Whitney will be jumping on the call for a handful of fights, and with how intense this weigh-in was tonight I'm expecting plenty of ruthless aggression in the ring. By the way that matchup that sent Frank to the floor is the 2nd fight of the night and part of our free preview streaming on all platforms. Starting at 8 pm ET 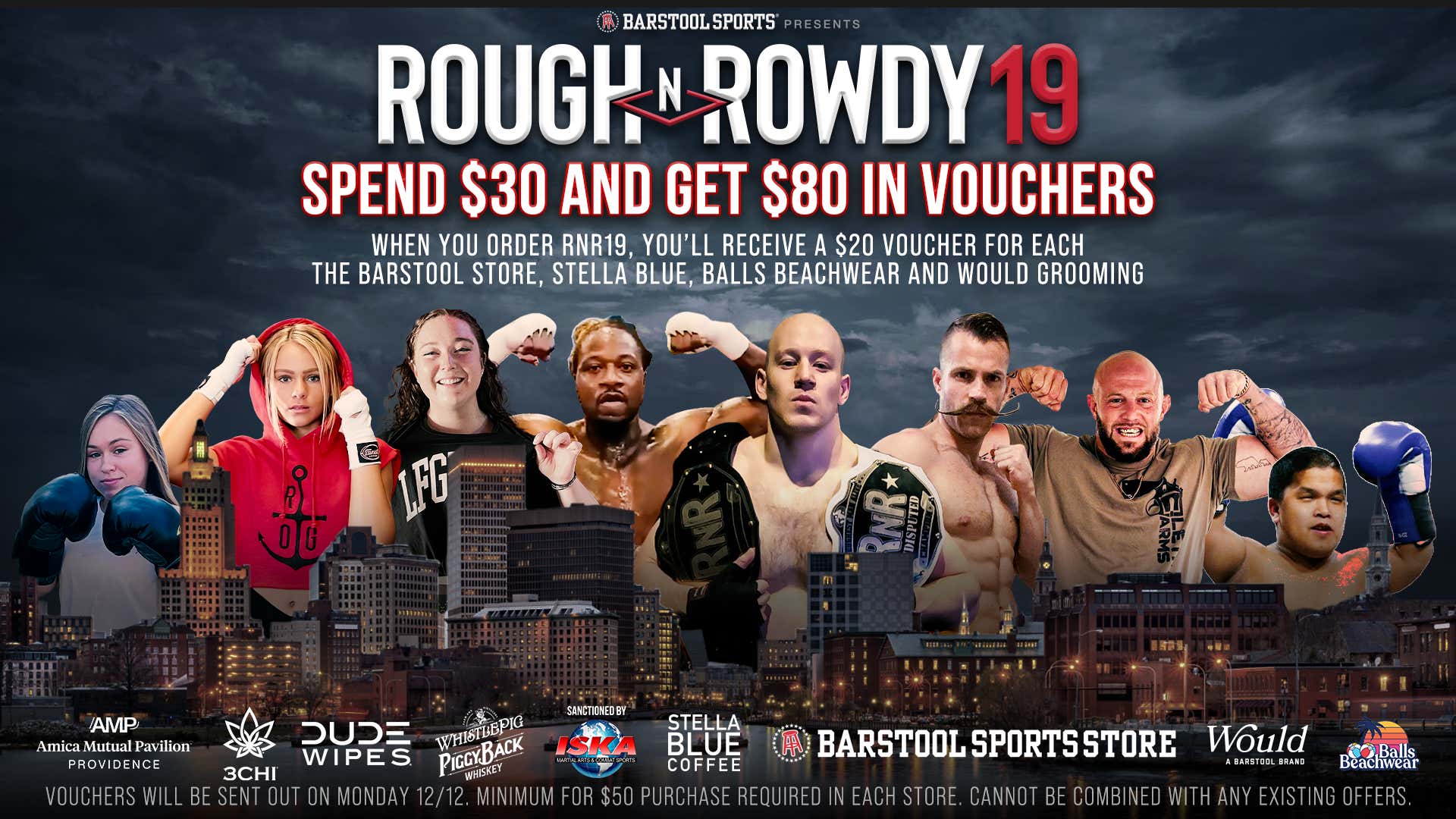