Credit to Large & Frank The Tank for keeping their composure in the midst of all that chaos and also preventing World War 3 from starting in Wheeling, WV. If you can't tell from the video, there was NO love lost between the RnR17 competitors on Thursday night.

Everyone probably expected some fireworks between BIG DICK BOOTY DADDY & LIGHTS OUT LAING but the bingo cards certainly didn't have BDBD potentially fighting the entire fight card before heading back to his hotel room. Somehow, someway, there were 0 punches thrown at the WhistlePig Weigh-In but the bad blood definitely only increased for Friday night. Shout out to TRAILER PARK for getting all that started...

There's salt of the earth fighters and THEN there's TRAILER PARK many levels above that, we're lucky to have him at RnR17 and I couldn't appreciate his pure gumption any more. GUMBY is so fucked. I'd say the same thing for SQUIRT who got matched up with SUPREME PATTY, along with NOTORIOUS who was a late fill-in to fight 500 lb SLAP FOR CASH.

There were some great stare downs, stellar trash talk, but obviously the coup de grâce was the heavyweight title main event matchup of BIG DICK BOOTY DADDY vs LIGHTS OUT. We had police officers on stand by and everyone on edge wondering if punches would be thrown before the PPV even started… But no one guessed BDBD would almost end up fighting SHIZZAT DA RIZZAT & NINJA instead of the Champ Champ…

Absolute chaos + premium debauchery. THAT'S WHAT ROUGH N' ROWDY DOES. And few fighters do it better than BDBD.

I still can't believe Large & Frank made it out alive and with such grace too. A+ belt placement from The Tank. And now all that's left is fighting on Friday night. Shit talk won't matter, popcorn muscles won't matter, it's all coming down to fists + the power of belief.

25 brawls, 5 title fights, 5 female matchups, 2 dwarf matchups, shapes & sizes all over the card… Dave/Dan/Robbie on the call with Caleb/PFT on sideline reporting, live ring girl contest with our 1st ever jello wrestling… What more could you want in a night? Order below with 48 hour replay and make sure to watch our 10 minute documentary on our main event fighters to get even more ready.

To quote our God Brian Fitzsimmons… Wheeling, West Virginia is about to SHAKE. Don't miss out on the fight night of a lifetime. 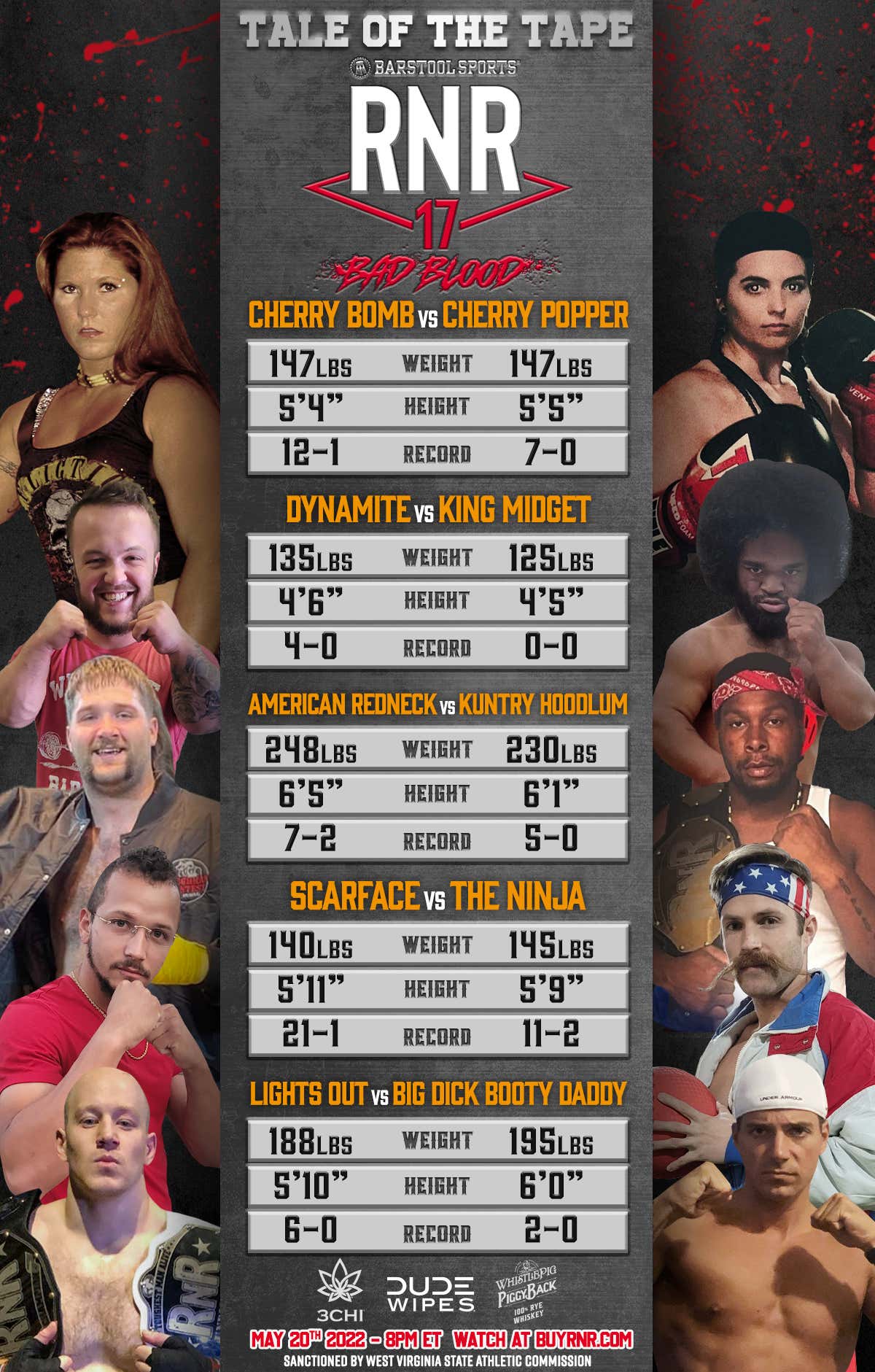 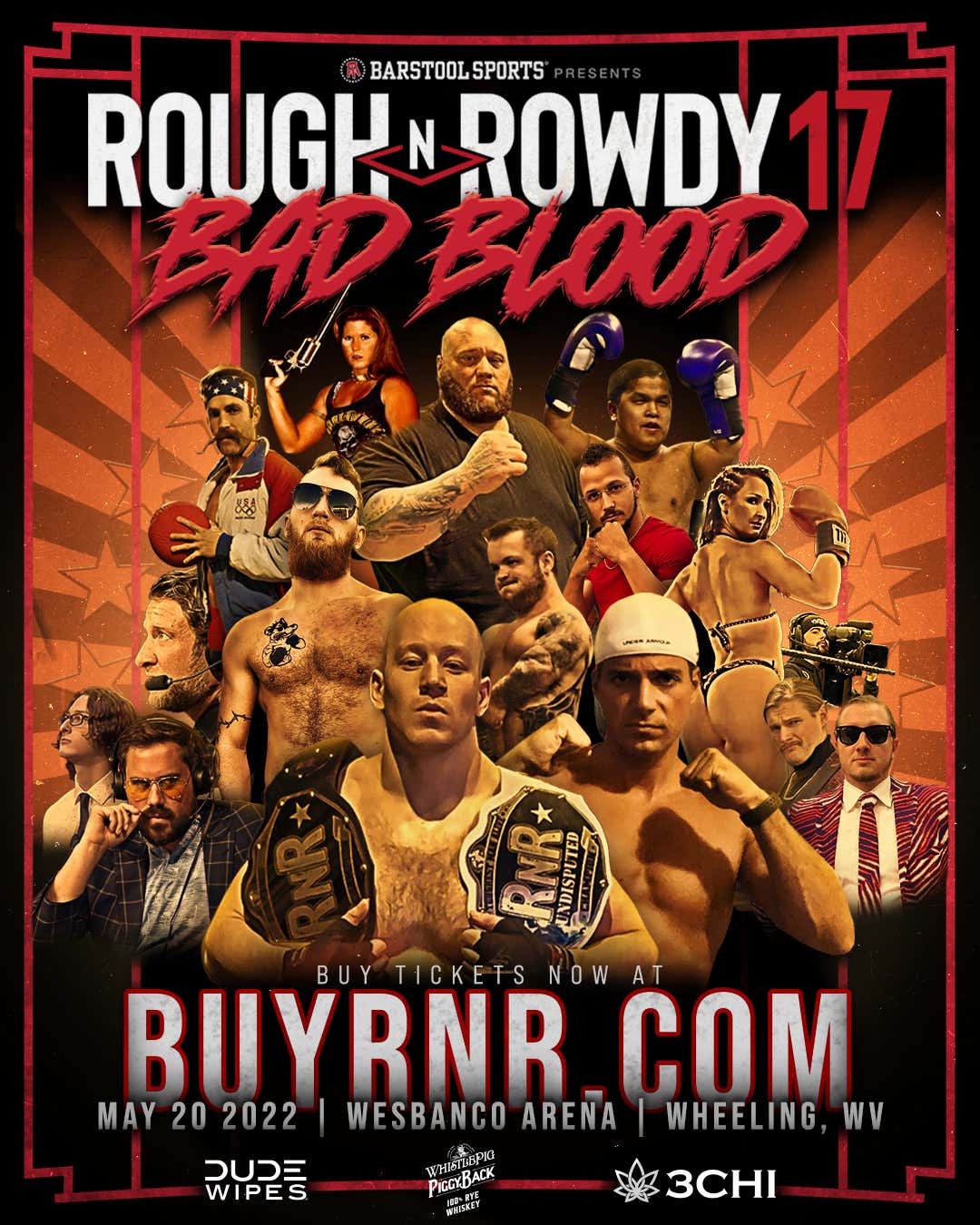